A good trip to celebrate

We just completed a successful weekend at the cape. It was a success in many ways. First the weather worked with us – despite rain forecast for every day. This allowed two great beach days and lots of walks and bike rides. I for one, have a nice brownish red glow – I no longer look like someone who sits infront of a computer day and night (which I do). A second achievement of the weekend: mama and papa had some private time to celebrate our anniversary. We were married eight years ago today. It was celebrated with above average food (hard to find on the cape), wine, a magarita, and key lime pie. This trip felt like a success because we managed our kids instead of them bullying us around. They both slept well, ate well, enjoyed the beach, enjoyed the car rides (strategic timing of driving to coincide with exhaustion kids is key to that).

I have an iphone so I uploaded a few photos to the mobile gallery on smugmug.

Linus has quickly become a crazy kid – making him lots of fun but very demanding. He is like a squirrel trapped inside a house: scurrying around on all fours, capable of crawling up the side of almost everything but making it all tip over and getting himself hurt in the process. Within seconds he has darted off to a corner, pulled himself up using a kitchen cabinet knob and opened the kitchen cabinet. He wobbles back and forth, using the door as a counter weight, swinging his arms back and forth. You can see where its headed: within seconds, he loses his balance and smacks his head on the cabinet door before plopping on the floor and screaming at the top of his lungs. I see now why mommy cant wait to hand him over each day. Poor kid sees no limits to his travels, has no fear and lots of inspiration from his older brother (who obviously runs the place).

We arent used to this. Zack was more timid and was happy on his hands and knees for many months. A few pots and pans would keep him happy for 15 minutes. Linus stacks the pots and pans on top of one another and uses them as leverage to climb into the dishwasher. I hope that he learns to stand on his own soon so its not as much a danger. Is it wrong to put a nine-month old in a helmet?

Zack has been going through some changes. Mostly mental challenges that we are trying best to meet. In the past few days he has been asking detailed questions about DYING (“Are you going to die papa?”) and about BOYS BODY PARTS (“Papa, why don’t girls have to pee?”) and other interesting queries. I don’t want to lie, but how do you answer these questions without digging yourself into a giant hole? True answers could result in an obsessively depressed child (mama will correct me on that diagnosis I am sure) or a child that says inappropriate things to perfect strangers about their own body parts. I tried answering some about death, particularly the ones about my own grandpa (who has passed long ago) but felt I crossed the line when Zack sadly asked, “Is your grandpa in the trash Papa?”. This stuff is too big for him now.

We have a few weeks before we enter a new phase – when mommy goes back to work and the boys enter full time day care. We feel a bit stressed, trying to cram in the good stuff before the weather turns cold and the time demands get even worse. What makes it worse is that Zack, who loved school, is swearing that he doesnt want any part of it again. We hope this is just some silly thought that will vanish the moment he walks in the door. We are taking him to the same day-care he was at a year ago.

Its our anniversary tonight so let’s take a walk down memory lane. I apologize for the fuzzy low res pics but this was pre-digital. These are from August 11th, 2008.

We promised ourselves we would return to Hawaii where we had our Honeymoon at our fifth anniversary. That didnt happen. So we have edited the plan to be at our tenth anniversary. We hope life lets us make that plan. 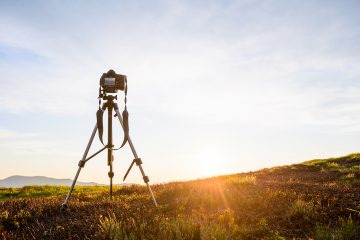 PhotoshootAre you looking to have your memorable moments in the picture? We are here to cater for your baby shower, birthdays, and family photoshoots for that particular moment. In-house photography Do you have a house Read more… 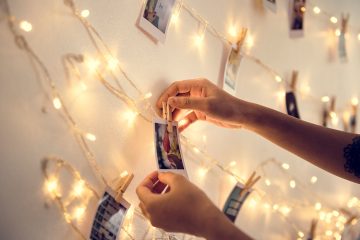 A Day In A Life Of A Woodworker: How To Tell A Story Through Photos

When you visit a woodworker to get service then you need to be sure of his past work. The only way to have evidence of this is through photography. When you go online to seek Read more… 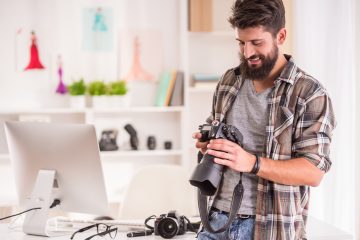 Why Shooting Foosball Game Is A Must For Aspiring Sports Photographers

Foosball is an addictive game that can take most of your time without even noticing. It is the fun and addiction that will make you stop everything you are doing just to engage people in Read more…